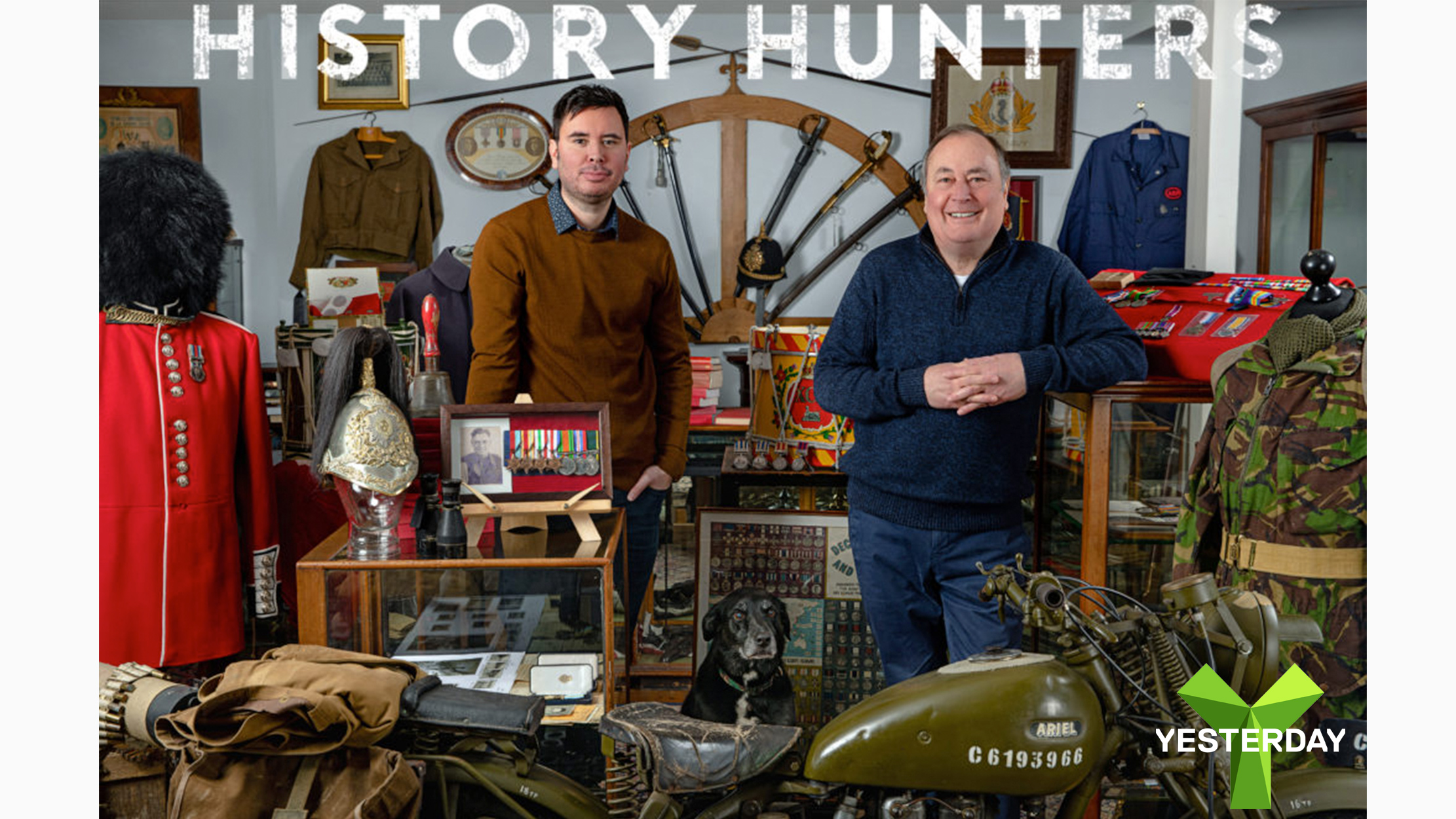 Six episodes of Yesterday TV series “History Hunters” commenced from Tues 17 Mar 2020 at 8pm. The UKTV Original series follows father-and-son team Dave and Steve Nuwar as they search for little pieces of history and the riveting tales behind them. Owners of Herefordshire military antiques store War & Son, the History Hunters travel the country to source items from fairs, auctions and house calls, and trace the deeply personal, historical and moving stories behind each one.

Catch up of "History Hunters" is available from UKTV Play:

Produced by Brown Bob Productions, “History Hunters” are Dave and Steve Nuwar, War & Son recruits Peter Weston and Marie Westcott, and of course War & Son’s canine mascot, Trooper! However, the true stars of the show are the artefacts featured which provide a unique and personal insight into military history.

War & Son would like to thank the following organisations for providing locations, historians, curators and speakers who contributed instrumentally to the show: The National Army Museum, The London Fire Brigade Museum, The Museum of Military Medicine, Halswell House Historic Homes, The Dog’s Trust and St. Peter’s College Oxford, amongst many others.

Christina takes a personal journey into the history of WWI militaria 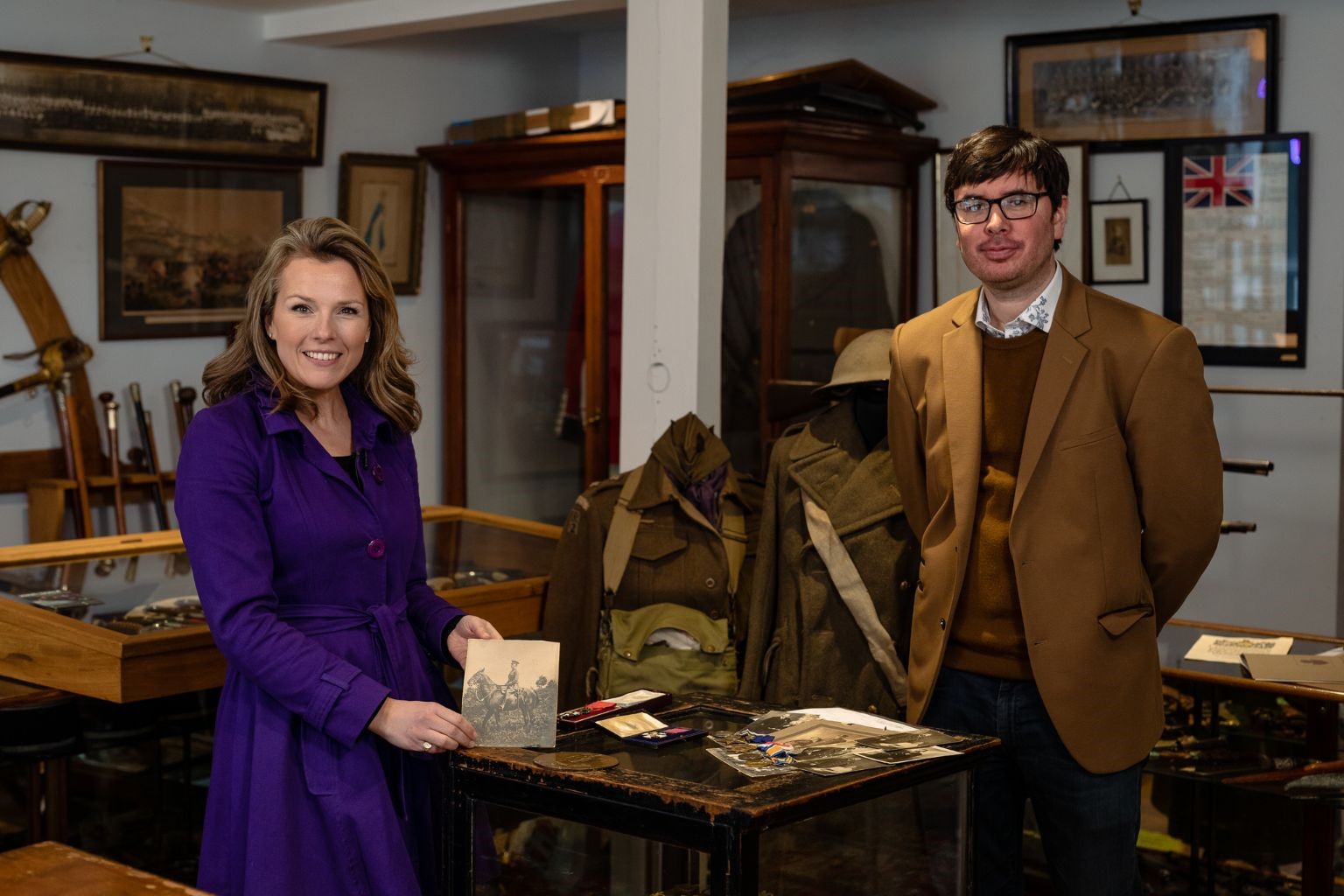 Christina meets up with militaria expert Steve Nuwar to look at a collection of WWI medals, as well as some important objects from her own family history!