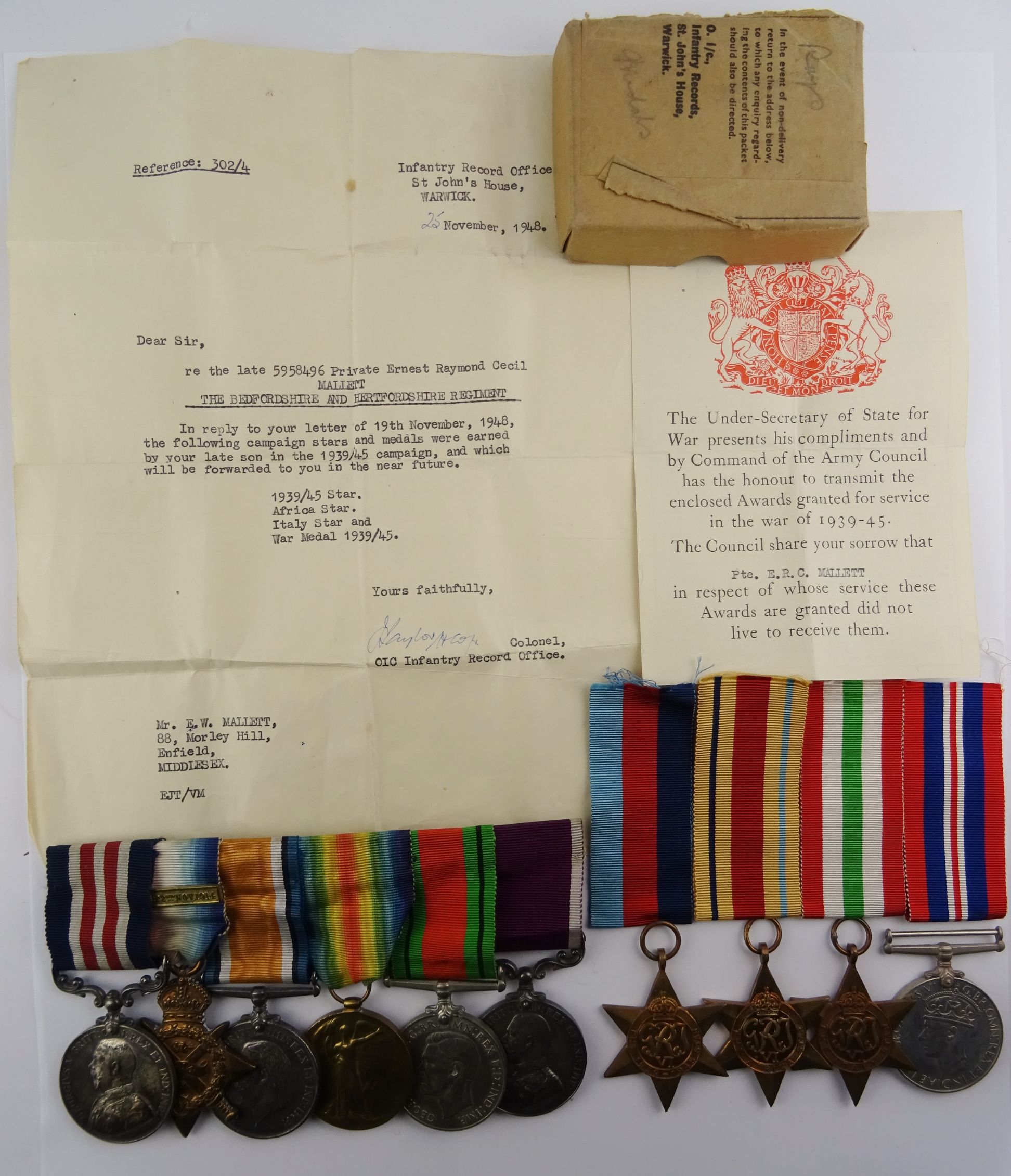 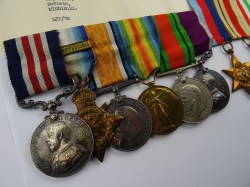 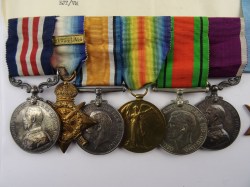 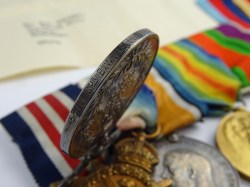 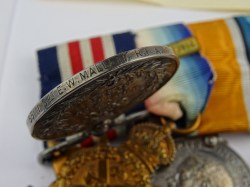 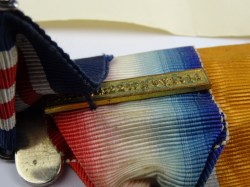 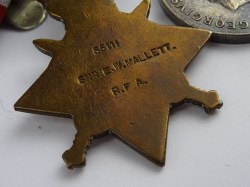 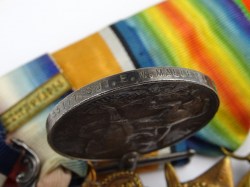 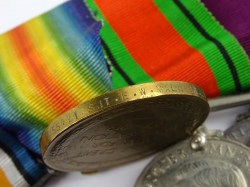 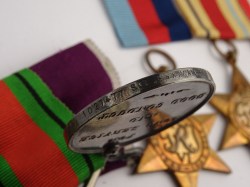 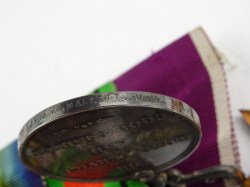 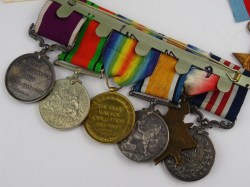 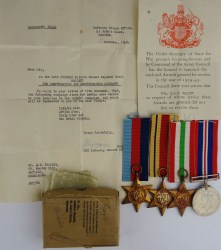 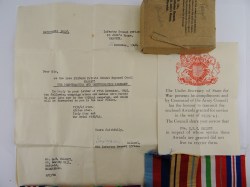 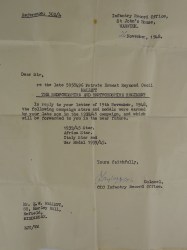 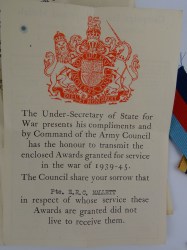 Military Medal Gazetted 20 Aug 1919. Ernest Wilby Mallett was born in 1890 in Sydenham, Kent and attested with the Royal Field Artillery on 22 Mar 1909 at New Cross and entered France with the 43rd Battery on 16 Aug 1914. Hewas serving with the 40th Battery 25th Brigade, Royal Field Artillery when he was awarded the Military Medal. His son, with Elsie Mallett, was Ernest Raymond Cecil Mallett. During WWII, he served with The Bedfordshire and Hertfordshire Regiment and with 3 Commando and was Killed In Action during Operation "Husky" on Malati Bridge on 14 July 1943, aged 21. He is buried at Syracuse War Cemetery.

On 12 July 1943, two days after taking part in the invasion of Sicily, No.3 Commando were sent forward 10 miles behind enemy lines to take the Malati Bridge near Lentini, to clear the way for the 50th Division advance. They landed at a beach near Agnone about 20 miles north west of Syracuse. After capturing the bridge from the Italians commanded by Lt.-Col. Francesco Tropea, and removing the demolitions he had laid, a counter attack by the Germans with three Tiger tanks inflicted heavy casualties. Following a fierce battle, No.3 Commando were ordered to withdraw but the bridge was saved from the demolition that the Germans had planned. After the fall of Catania, General Montgomery ordered that a bronze plaque of “3 Commando Bridge” be secured into the Malati Bridge for posterity. 3 Commando lost a total of five officers and 23 men killed, four officers and 62 men wounded and eight officers and 51 men missing - nearly 50% of the unit's strength.